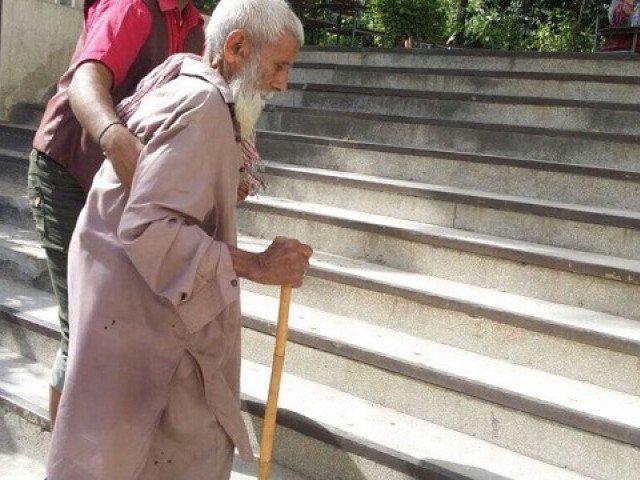 Around 73% of the polling stations in NA-243, which falls in District East, are inaccessible to persons with disabilities, revealed a survey conducted by the Pakistan Alliance for Inclusive Elections (PAIE), a network of disabled persons’ organisations working in the country.

The NA-243 seat fell vacant after Prime Minister Imran Khan, who had won five NA seats, vacated it.
These numbers are alarming, considering the Election Comission of Pakistan’s (ECP) five-year strategic plan, which was to be implemented before the July 2018 general elections, included polling station accessibility. Pakistan’s largest city will now face the same issue in the upcoming by-elections on October 14.

Civil society organisations have demanded the ECP take immediate steps to make all polling stations accessible to persons with disabilities.

By-elections for 30 vacant seats on October 14

The survey results depict that maximum polling stations fail to meet one or more mandatory criteria lacking, water, sanitation, proper ventilation and ramps. “With minor alterations, the issues can be resolved,” the survey found.

Sharing the findings of the survey, Centre for Peace and Development Initiatives (CPDI) Senior Advocacy Officer Fatimah Shah said, “The purpose of this audit was to present reliable data before stakeholders regarding accessibility in elections and to generate debate on the concerns of persons with disabilities.”

This issue becomes more important in the current scenario as the ECP failed to resolve the accessibility problem before the general elections this year and now, the by-elections are approaching with 73% polling stations still inaccessible for persons with disabilities in an urban constituency of Karachi – the economic hub of Pakistan.

CPDI Senior Programme Manager Raja Shoaib Akbar, who has supervised the survey, stated that 30% polling stations did not have a firm and obstacle-free passage leading to the building while 67% buildings did not provide a level access to the entrance of the polling station. He said persons with disabilities cannot go inside these buildings using wheelchairs as they only have stairs and no ramps. Even the ground floor of the buildings is inaccessible.

According to international standards, polling station gates must be wide enough to facilitates voters with disabilities. However, the survey revealed that smaller pedestrian gates pose several problems. Firstly, the gates are not enough wide enough, secondly, the iron bar below the gate is always thicker than the maximum threshold standard of 6mm. Lastly, the threshold of the gates is generally two to three inches above the ground causing another hindrance. The ECP should direct its staff to facilitate persons with disabilities by opening the larger gates as this would ease some of the discomfort.

The survey further revealed that no low slope ramps or other facilities were observed at these buildings for facilitation of persons with disabilities.

Poor lighting posed another impediment for persons with reduced visibility. Also, only 57% of polling stations possessed exterior lighting arrangements, leaving the entrance of 43% sampled polling stations in the dark at the time of closing of the stations and display of results by the presiding officer.

The report suggested that slight changes can make these inaccessible buildings more persons-with-disabilities-friendly, such as construction of small ramps at the entrance and inside the building, leveling of pathways in front of the polling stations and removal of protruding objects from the pathways and interior of the building.
Despite many attempts, contact with the provincial election commissioner could not be established. However, the provincial spokesperson for the election commission said, “It is the job of the returning officer to look into the matter.” The returning officer of NA 243 neither attended his phone nor responded to text messages.