Centre for Peace and Development Initiatives

Centre for Peace and Development Initiatives (CPDI) is an independent, non-partisan and a not-for-profit civil society organization working on issues of peace and development in Pakistan. It is registered UNDER SECTION 42 of the Companies Ordinance, 1984 (XLVII of 1984). It was established in September 2003 by a group of concerned citizens who realized that there was a need to approach the issues of peace and development in an integrated manner. CPDI is a first initiative of its kind in Pakistan. It seeks to inform and influence public policies and civil society initiatives through research-based advocacy and capacity building in order to promote citizenship, build peace and achieve inclusive and sustainable development. Areas of special sectoral focus include promotion of peace and tolerance, rule of law, transparency and access to information, budget watch and Legislative Watch and Development. CPDI envisions a world that guarantees rule of law, protects human and civil rights, embraces diversity of views, supports vulnerable people and provides optimum conditions in which each individual can realise his or her full potential. CPDI aspires to become a national and international leader in advocacy. We resolve to build on its reputation for informing and influencing public policies and initiatives through research based championship of rights based campaigns. We are determined to continue our engagement with the people and the Government of Pakistan, and to promote active citizenship in all its forms. CPDI specializes in five sectors of development: Promotion of Peace and Tolerance, Rule of Law, Transparency and Right to Information, Budget Watch, Legislative Watch and Democratic Development.

Community Appraisal and Motivation Programme (CAMP) is a national, non-profit and non-governmental organisation established and registered in May 2002. It works with some of the most underprivileged communities in Pakistan, responding to emergencies, improving access to quality health and education, creating livelihood opportunities, and working closely with communities and government departments to promote human rights, peace, and security.
Currently CAMP is implementing advocacy and development projects in Punjab and Balochistan, further strengthening our network across the country. Our work continues to build on past projects implemented in the Federally Administered Tribal Areas (FATA) and Khyber Pakhtunkhwa (KP) province. CAMP’s research and advocacy work expanded to Balochistan, Punjab and Sindh provinces in 2012. 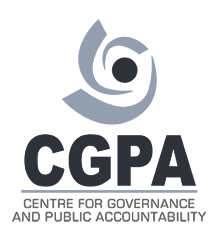 CGPA approaches the issue of conflict and underdevelopment through re-inaugurating citizens’ trust on state. This is done through articulating and promotion of citizens’ voices on key governance issues and strengthening state response to citizens’ grievances. Generating active and responsible citizenry is central to CGPA strategy for public accountability. CGPA believes on constructive engagement with state entities for promotion of organization’s objectives.

Individualland Pakistan is a research based consultancy and advocacy group working since 2007. We have a demonstrated expertise of working on peace building and counter violent extremism initiatives with various demographics such as youth, women, and children as part of our work supported by USAID, EU, NED. We have also engaged parliamentarians and clerics using publications, audio-visual tools as well as utilized social media to disseminate well researched peace messages.

Democracy and Governance: Promoting a rights-based approach to policies supporting political pluralisms, participation and inclusion of both mainstream and marginalized communities in representative parliamentary democracy and effective governance policies, procedures and practices.
Transparency and Accountability: Supporting responsive governance structures through policy and procedural reforms and an enabling policy environment for accountable state and federating units that can promote citizen-state trust.
Devolution and Local Empowerment: Promoting greater devolution of policy and practice through an enabling legal framework and judicious distribution of resources and powers among the federating units to strengthen local governance.
Freedom of Expression and Right to Information: Supporting pluralistic participation in political and socio-economic development of all citizens, especially marginalized and minority communities and groups through an enabling media and communications regulatory regime.
Social and Political Reforms: Promoting a rights-based polity and civic participation in development through social and political reforms and fair access to state resources and opportunities for equitable development and progress.